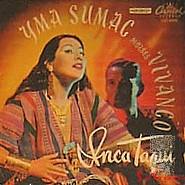 catalog no: LZE 5005
Unusual Japanese release in gatefold sleeve. English labels and back liner notes; inner sleeve contains notes in Japanese. The Capitol logo is slightly different but otherwise the cover looks much like the more common U.S. release.