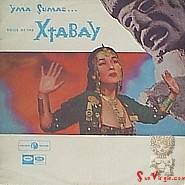 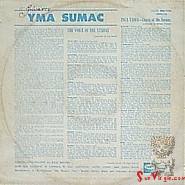 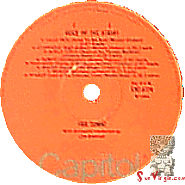 catalog no: ENC-9194
Australian reissue of Yma Sumac's first first album, recorded in 1950.  This issue has white bands top and bottom front, rather than black as usually seen and as usual for the 12" LP reissues, it includes Inca Taqui tracks as the second side.

"There is no voice like it in the world of music today", said Glenn Dillard Gunn of the Washington Times-Herald.  "It has a greater range than any female voice of concert or opera.  It soars into the acoustic stratosphere, or plumbs sub-contralto depths of pitch with equal ease.  Such voices happen only once in a generation".

Contained herein are all of the selections of two of her phenominally popular albums: THE VOICE OF THE XTABAY, and INCA TAQUI.  With exception of the songs Xtabay and Accla Taqui, for which Les Baxter and John Rose collaborated, the songs were written by Moises Vivanco, who is an authority on ancient music, especially that of Peru.  He has based his compositions and their arrangements on authentic Incan melodies and rhythms, and has written lyrics based on authentic Incan legends.