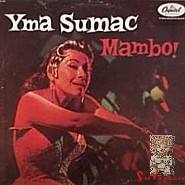 catalog no: M-11892
Reissue of fourth album with additional tracks from Capitol vaults.  This is an abridged version (as noted on the lower back sleeve) which is missing Cha Cha Gitano from side two that is found on most other 12" LP and later reissues.