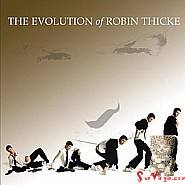 Compact disc with the music of Robin Thicke uses instrumental and vocal sampling from Yma Sumac's Malambo No. 1. Mainly the instrumental parts by Billy May are played back to back with Thicke's voice on top in the song Everything I Can't Have, but Yma's growl, coloratura and other vocal effects are interspersed. Overall it has a nice sound to it. The film Step Up 2 the Streets also uses this song in its soundtrack but it is not in the soundtrack album of the film.


The Tiki logo is not on the actual artwork.

Historical notes
Liner Notes
It is not known if this release has liner notes.
Tracks
Back to Top