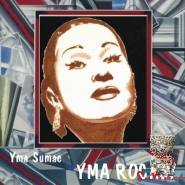 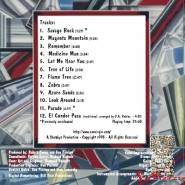 Historical notes
Liner Notes
MIRACLES HAPPEN
There have already been countless articles in magazines, stories on album sleeves and in CD booklets about Yma Sumac, many of which just repeat the same details over and over about her early life in the high Andes of Peru, teaching herself to sing at an early age with the jaguars and birds in the thin, high altitude air of her village of Ichocán. There are also almost as many Web pages and even a couple entire Web sites about her. What can be said here that has not already been said? That you are reading this means that you are likely already an Yma Sumac fan, or at least know who she is, and have heard it all before!
It is a given, then, that you know her recording career began in 1943 in South America with a series of 78rpm singles of Peruvian and Andean folk music and that after her arrival in the United States of America, she eventually signed a recording contract with Capitol Records where she recorded a series of albums starting in 1950 with the last one coming out in 1959. You may have seen her two Hollywood films on late-night TV, Secret of the Incas (1954) and Omar Khayyam (1957). Also, of course, although obscure at the time, she had a live album in 1961 that was released in Bucharest, Romania and had several pressings and releases for the European market before disappearing, only to resurface years later on CD.
You may NOT know that her career did not end there. In fact, she recorded an all-new album in 1971 of rock music, sung as only Yma Sumac could sing it! Miracles as it was originally called, her first new album in over ten years, was the result.


THE SECOND COMING Once upon a time, as these stories often begin, there were three friends, Robert (Bob) Covais, Jim Branciforti (aka James O'Maoilearca) and Bob Kreppel, who decided to produce a record. Robert, the moving force behind Miracles, first heard Yma Sumac on TV in 1949 and, after seeing her at Carnegie Hall in 1954, he became a huge fan. "She was absolutely the most incredible being I had ever seen! She was stunningly beautiful. I mean unflawed beauty, and a voice that was extraordinary. Truly amazing . . ."
As Bob Kreppel tells the story, "I met Bob [Covals] in grammar school in the Bronx in the seventh grade in 1950. At the time I was 12 and he was 13. A mutual friend who lived on the same floor of my apartment building had an older sister who had a 45-rpm album Voice of the Xtabay. The voice, the photos, the liner notes were exciting stuff and that began Bob's infatuation with Yma Sumac. My mother took us and some friends to Lewisohn Stadium in 1953 and to Carnegie Hall the next year. Bob was at the 1955 performance at Carnegie Hall but I had the flu and wasn’t able to go.
“After two years in the army Jim [Branciforli] went to Hunter college (history major) at night. Bob also went to Hunter (sociology major) at night and they met there in 1959. Jim was around 24 years old. Money was scarce and they became roommates. I was at a different college and didn’t see Bob that often. I recall meeting Jim in 1960. He was never a big Sumac fan. . . .