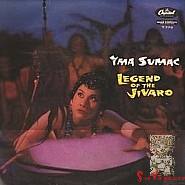 catalog no: T-770
Fifth album, first album to have an original release in 12" LP format